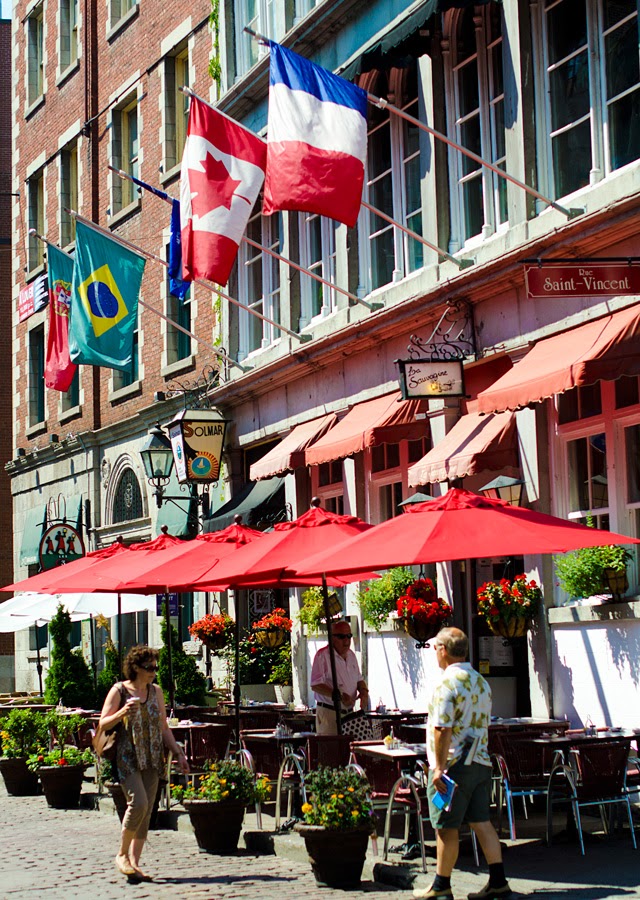 While traveling through Canada I was asked time and time again why I chose it as a vacation destination. What attracted me specifically to the province of Quebec was the European vibe that everyone talks about. While Quebec city may take the cake in that sense, you can feel the influence of Europe in Montreal as well. Even as we were driving into the city though some of the neighborhoods that weren't particularly exciting, I made a remark to Mr. C: "This looks like Kaunas!" (Kaunas is the city I grew up in, in Lithuania.) You can immediately notice a slight difference in the architecture, the style of some of the business signs, or the look inside the shops. There was a pharmacy near our rental that we visited a few times to buy our bus passes. Every time I set a foot in it, I felt as though I'm shopping somewhere overseas. And not only because of the European skin care selection, but the overall design of the place. 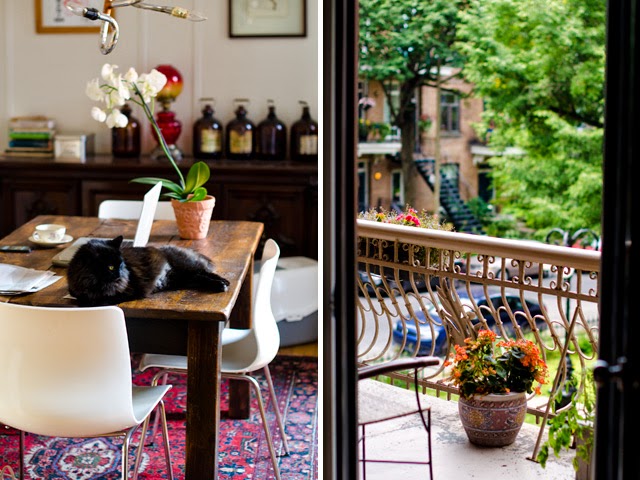 Even our Airbnb place in Montreal looked very much like a Parisian apartment (or at least how I imagine one). It's old and charming, decorated in simple yet refined style. It had two lovely little balconies overlooking the courtyard and the street. Mr. C sure loved sipping his coffee on one of them every morning. Boy do I miss having balconies! In my native country they serve multiple purposes, beyond enjoying the view and fresh air. It dries our laundry, stores homemade preserves and pots of sauerkraut, shelters anything else that has no place in the apartment. The list goes on and on. It's also a perfect spot to gossip with the neighbors. It's so typical to see groups of old ladies taking to each other, all separated by balcony walls. It's quite comical if you've never seen it. 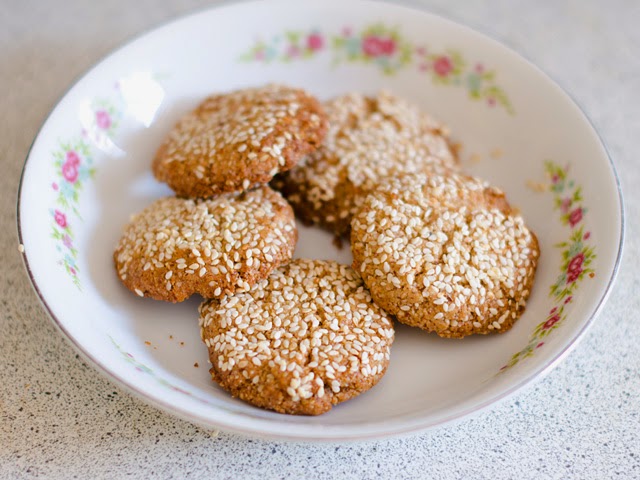 Our host who resides in this lovely apartment is the sweetest, petite French-Canadian beauty. With her long, shiny golden locks, flowy sundresses, and incredibly warm demeanor, she could have been a fairy. Yes, a French-Canadian fairy! It's a girl you secretly want to be. Did I mention her name is Sophie? Ahh... as if she wasn't perfect enough already, apparently she can also cook. We were greeted with these delicious vegan cookies. Darn it, I get exasperated if I have to fry an egg! 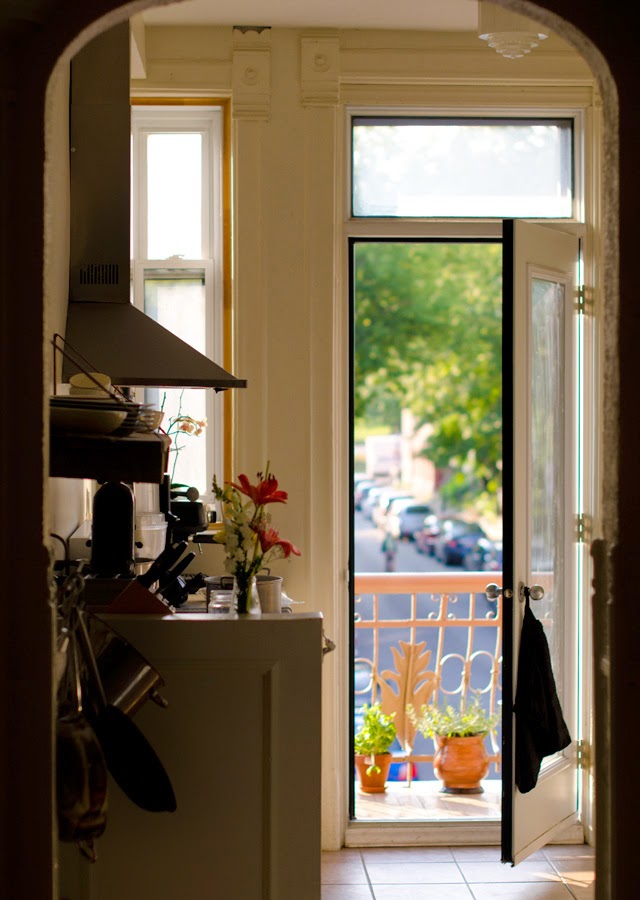 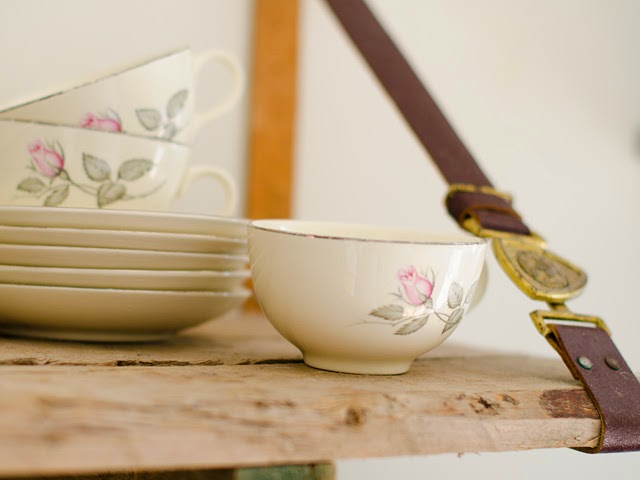 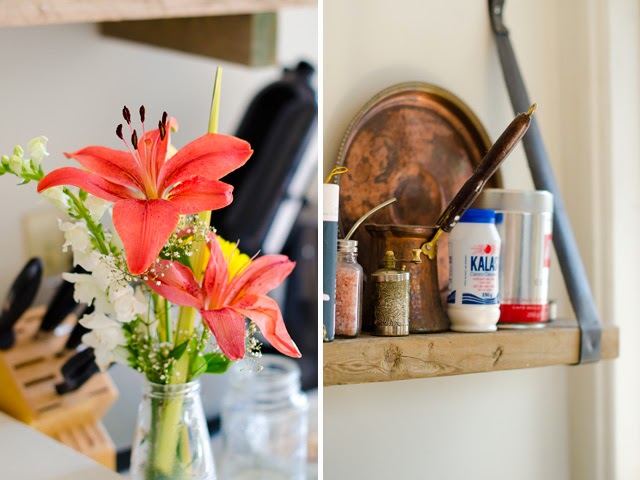 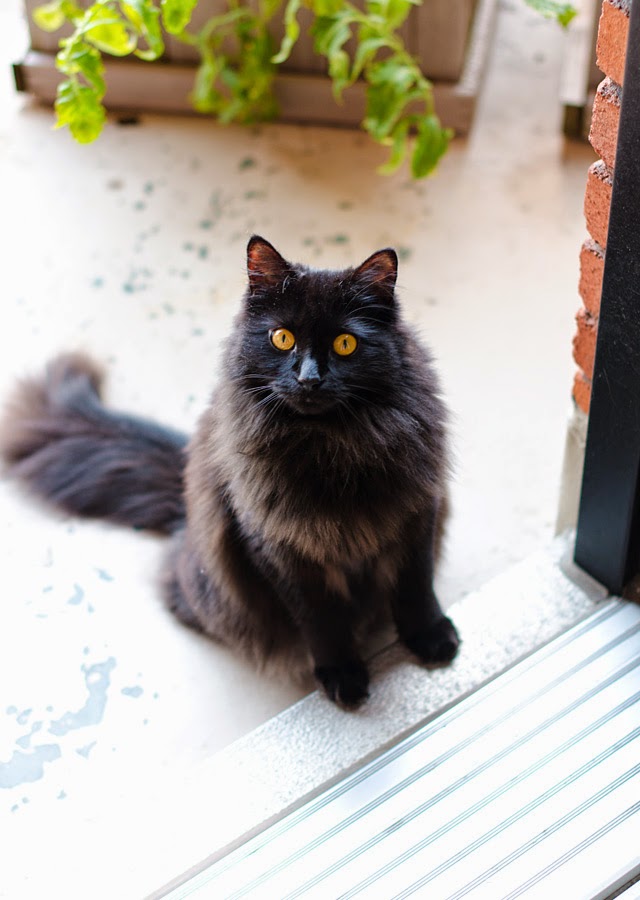 And then there was this. A little black fuzzball with quite a personality. Though I'm really more of a dog lover, I think I miss this lady a little bit. I got used to her keeping us company despite her independent ways. It was quite amusing seeing her being fascinated by my belongings. The blow dryer was particularly intriguing. 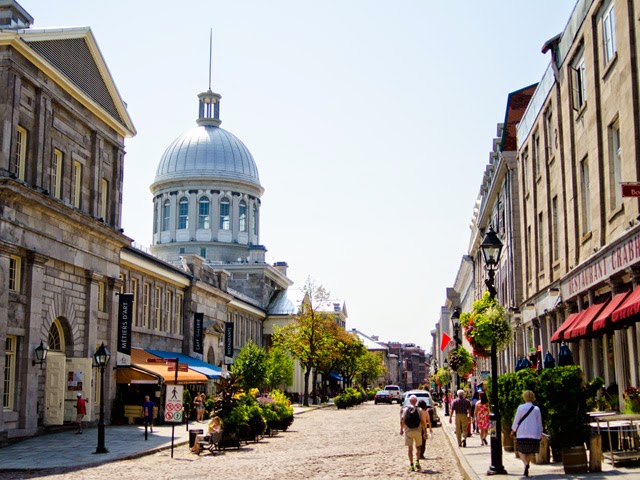 We started our first day in Montreal by wandering around the old part of the city. It happened to be one of the hottest days there this summer. After a couple of hours of exploring we were fried and completely exhausted, which usually means it's time for lunch and air conditioning. So that's what we did. We stopped at a cafe inside the Bonsecours Market for some paninis. Cooled off and refueled, we were ready to continue our adventure. 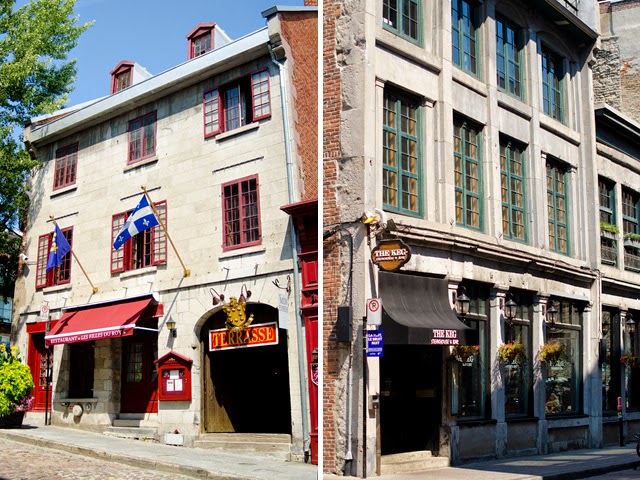 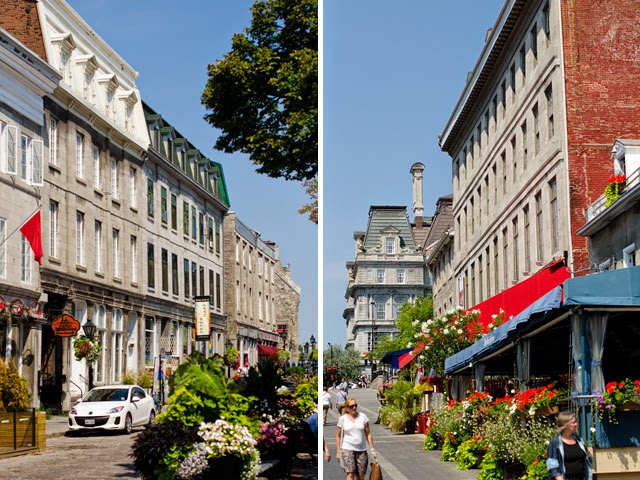 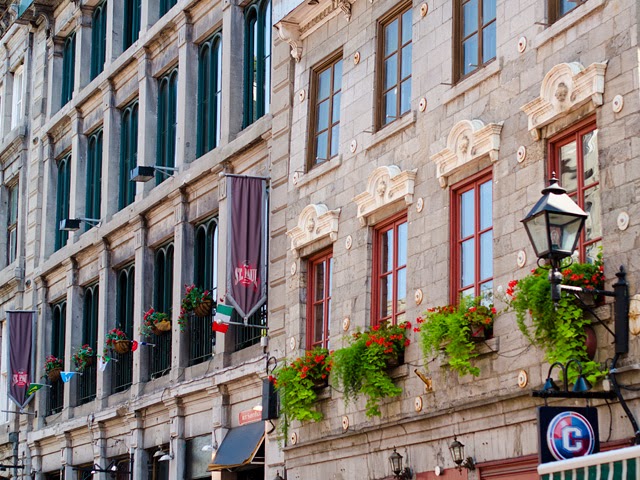 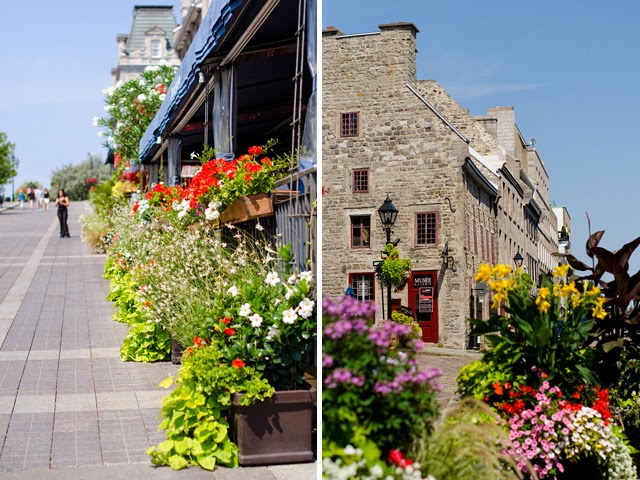 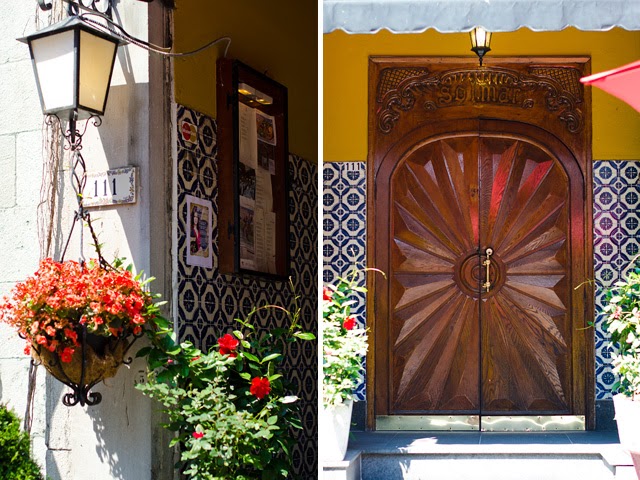 {Where can I get this tile? I need it in my kitchen!} 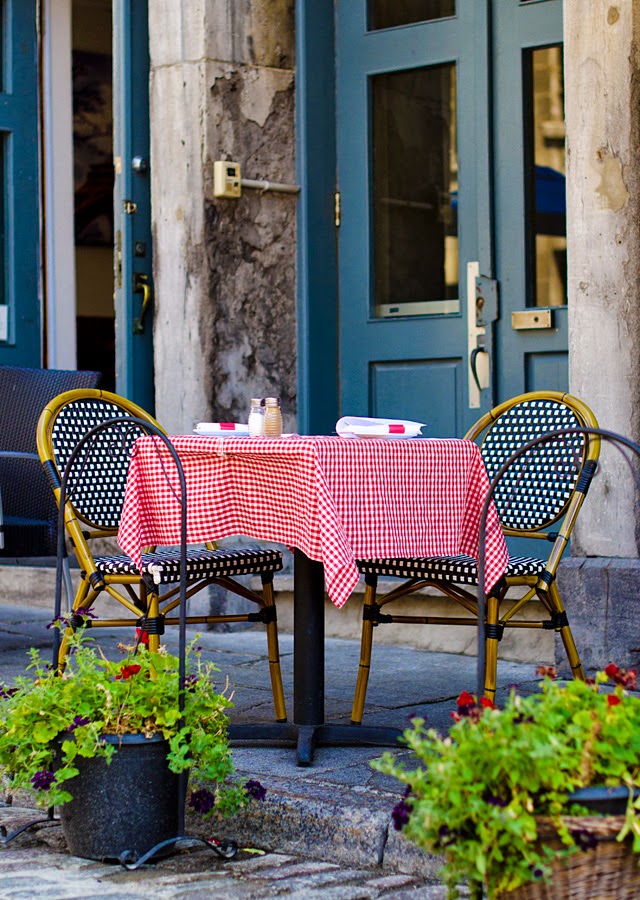 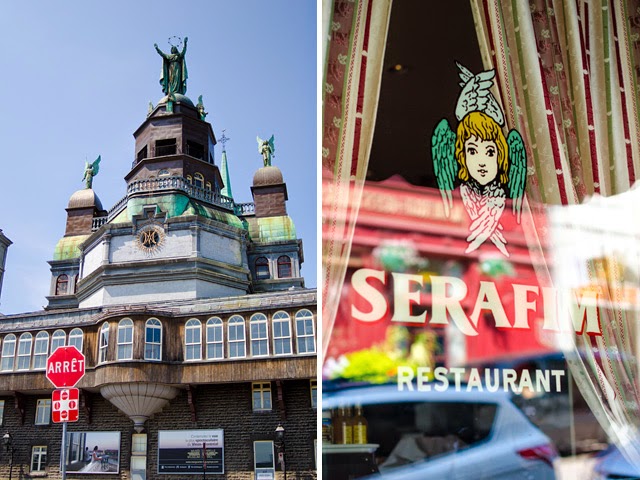 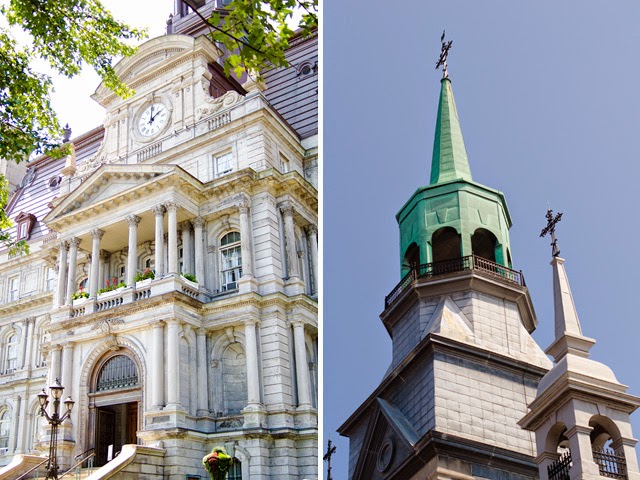 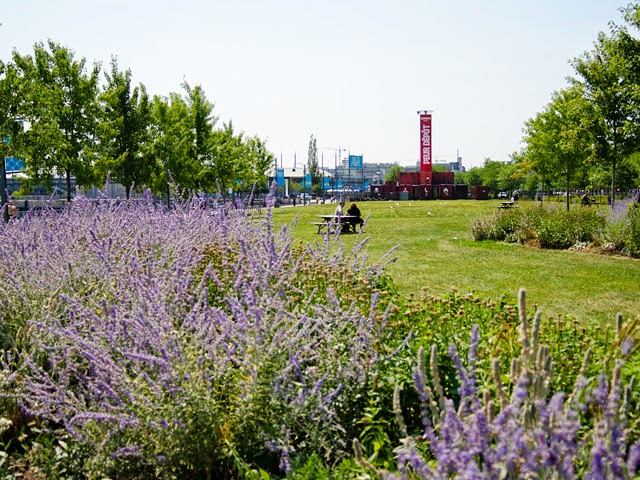 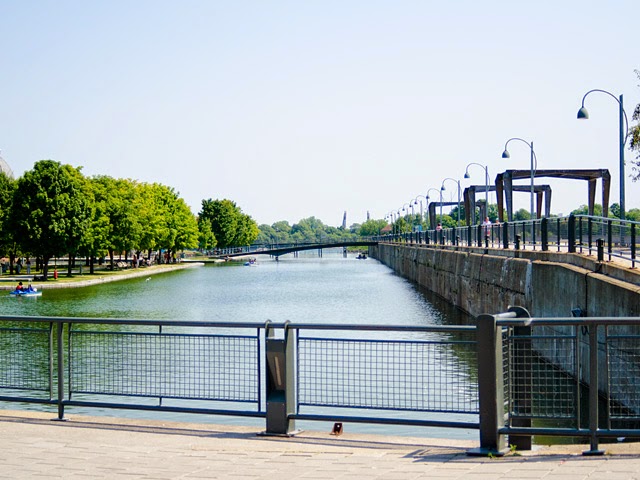 We walked up to the river hoping for some breeze to cool us off. Nope, no breeze found. 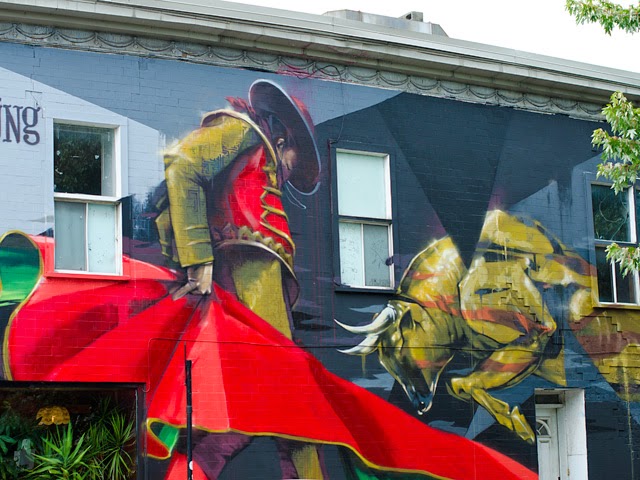 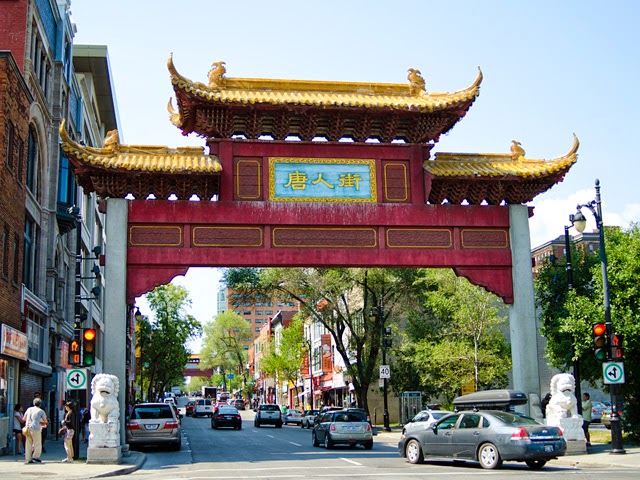 We also wandered trough parts of Chinatown. Too bad we visited it after we had already had lunch, there were some tantalizing aromas coming from some of the restaurants. 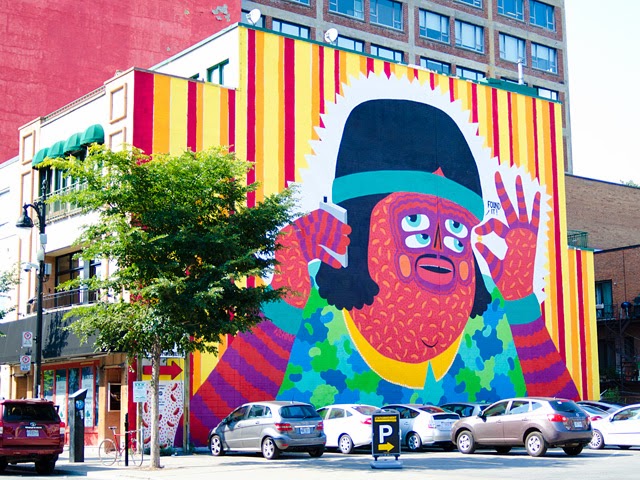 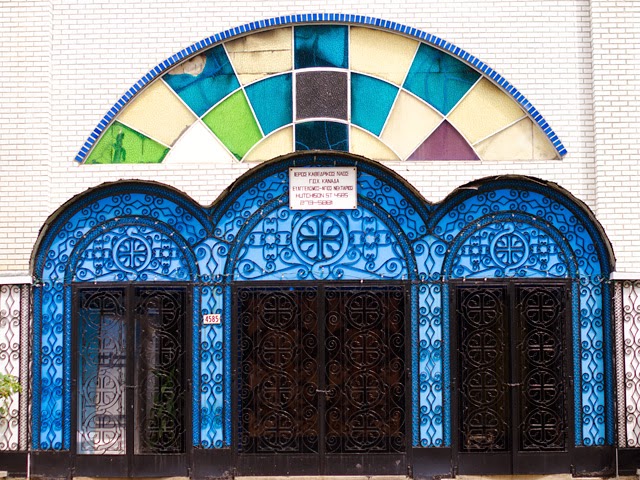 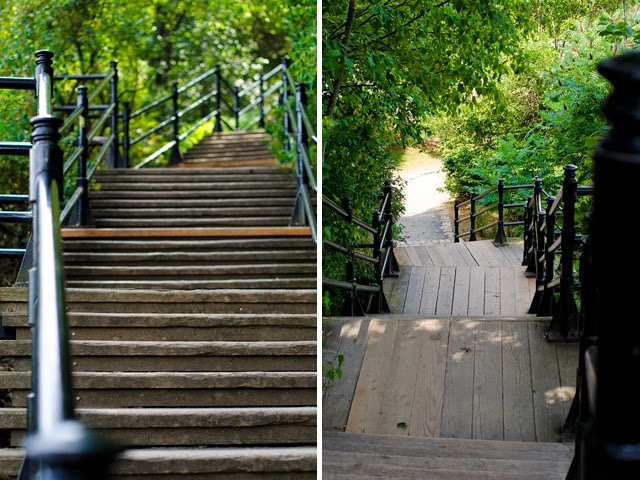 The next day we decided we were going to take it easy, since we both felt quite worn out (ok, it was mostly me). Mr. C pointed out a large green area on Google Maps and suggested we take a walk in the park. A walk in the park sounded relaxing enough. I mean there's trees for a shade, fresh air and all. What he failed to mention was that we were going to be walking up and down Mt. Royal on dirt paths, climbing over rocks, tripping over tree roots. Don't get me wrong it's beautiful up there, definitely worth seeing, but it's probably not the best to do it in an outfit that you'd wear to the office or a dinner date. I'm quite used to being slightly overdressed, but this was plain ridiculous. We kept running into hikers who were giving me strange looks. Had I been there alone, they probably would have thought I took a wrong turn and ended up lost in the woods. My unsuitable attire for this outing would have raised eyebrows in any part of the continent, but in Montreal this must have looked comical. From what I've seen Montreal is a very casual, laid back city. Even people working downtown were dressed in simple, understated ensembles.

There were several tall stair cases leading to Mt. Royal that apparently are the spot for working out. As I was walking downstairs holding on to the railing and Mr. C for my drear life, with my knees shaking, there were tons of people running up and down those stairs as if it's no big deal. It was nerve wracking to hear all that heavy breathing right behind me while I'm holding up the traffic, trying not to have an anxiety attack. I don't think I've ever seen that many firm, cellulite-free behinds in one place. I felt seriously out of shape with my thunder thighs. 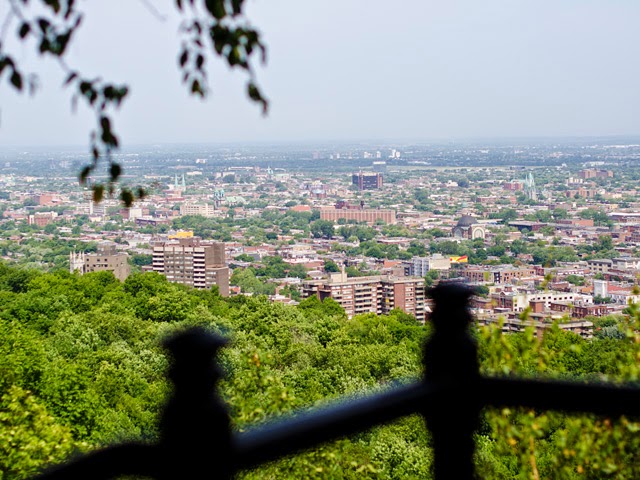 {The view of the city from Mt. Royal.} 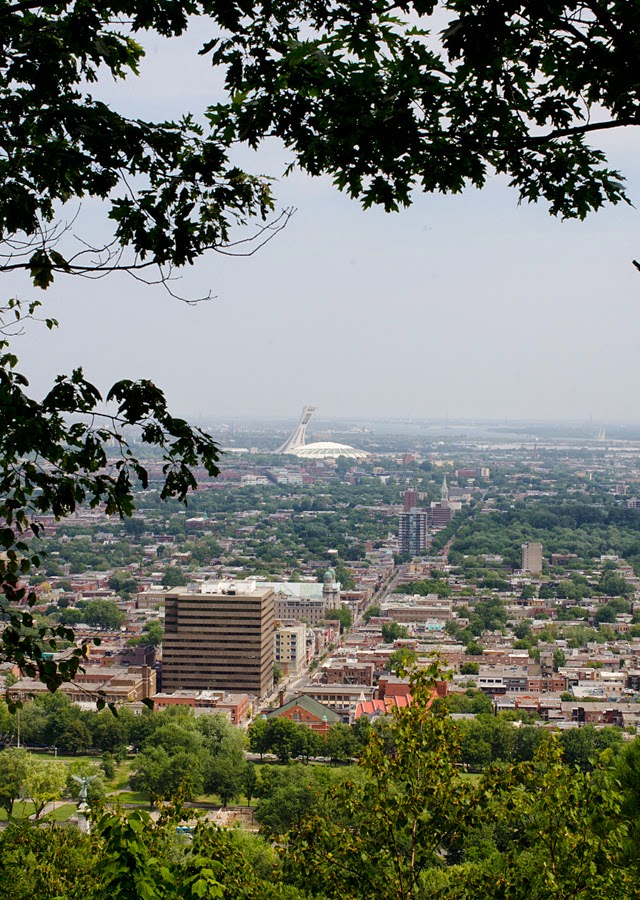 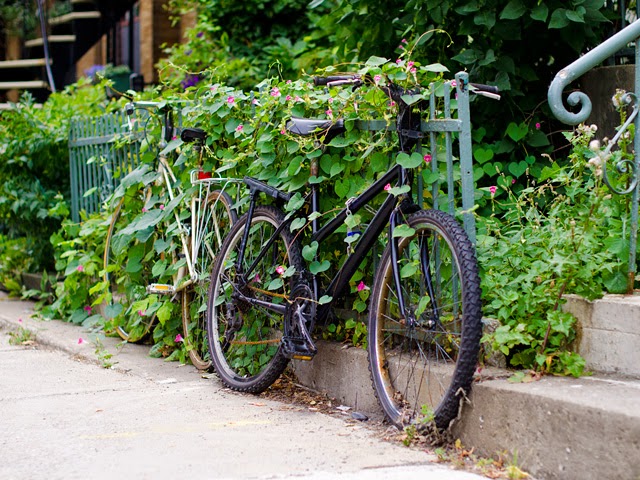 One of the things that Mr. C really appreciates about Montreal is how bike friendly it is. There were people on bikes everywhere. Seeing a few forgotten ones lying around is not an unusual sight. 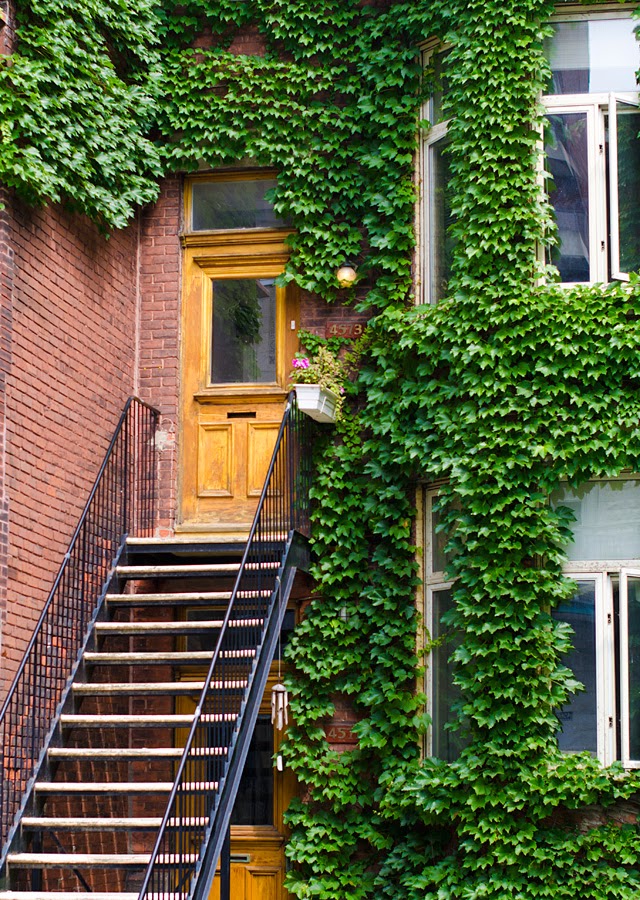 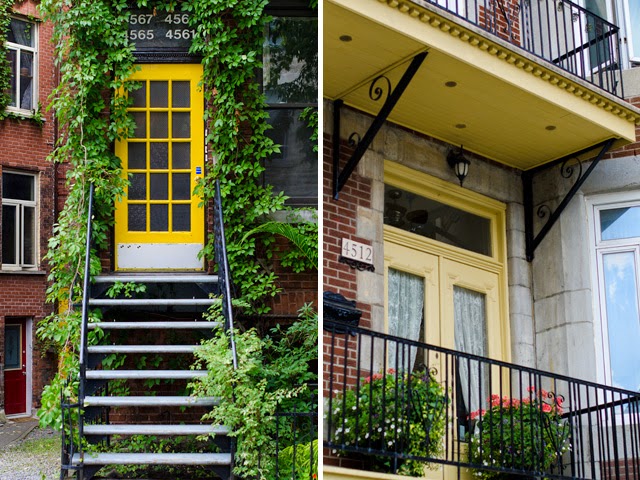 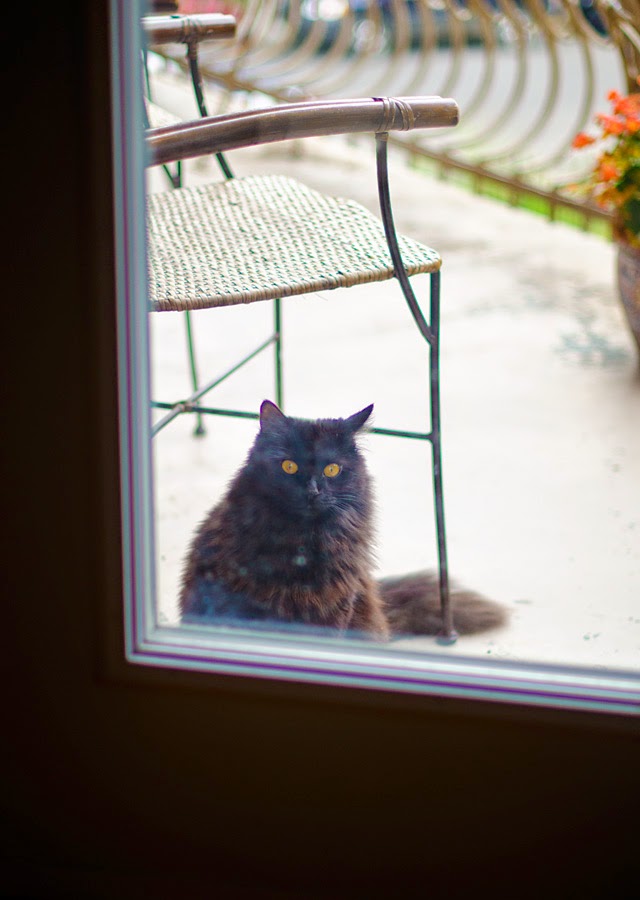 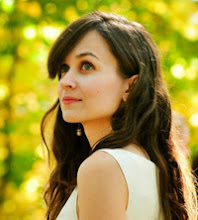 Hi, I'm Kristina. This is a photo diary of things that I love. Read more about me.